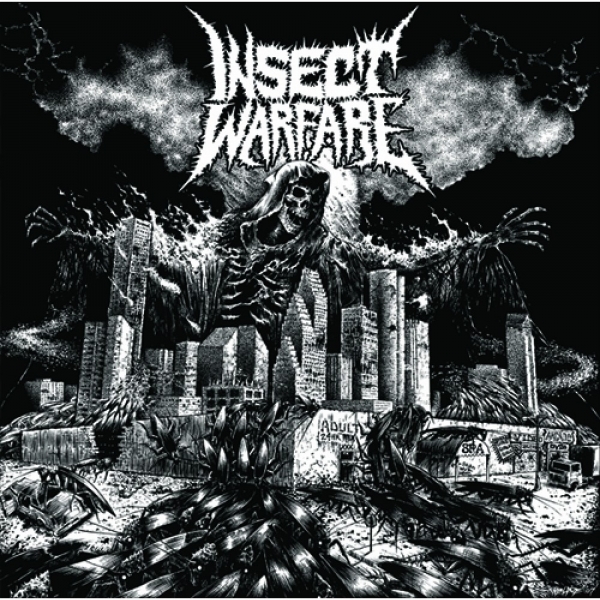 Inhaling toxins with each breath
A caustic build up in your chest
The chemicals begin to change after they infect your brain
Burns your nose and your tongue, sulphuric acid in your lungs
The poison is too fresh and pure, there’s no treatment there is no cure

They control your life
They control all your thoughts and who you are
Sacrificed yourself for friends
Filled with insecurities and self-abhorrence
You wish for your own death, but why won’t you die

Waste of space, a burden to the world
Leeching off all of us
Your sickness can’t be cured
All the ones you called friends are the ones who want you dead

Science advances to benefit man
Opportunists abuse it to take what they can
Transformed to a nation of dependence and sloth
A mindless flock incapable of thought
Reliant on hand outs, unable to provide for themselves

Lethargy
Indolence
A heard of sheep, waiting to be led
Used to being bottle-fed

Fuck the internet, fuck TV, or anything that uses electricity

The ignorant believed your lies, you used them up to win your prize
They got shafted, you got rich, falling for the bait and switch
Don’t care who you fuck over, climbing up the ladder
Secret agents, FBI is protecting your web of lies

You can only push a man so far, then he’ll see you for what you are

Once our country’s leader, politicians are all scum
Fucked them over to earn their votes, now they want to cut your throat
The public won’t be fooled again, you can’t talk your way out this mess
To pay the piece for what you’ve done, the blood of you and your first son

Stalk the streets after a show for the perfect victim
A redneck in a carcass shirt, I steal it then I kill him
You’ll be next

One ton of rare drugs, ten thousand times a normal dose
The chemicals I kept inside have released in the environment
Tainting the water supply
A single drop will get you high

Mass hysteria affects the area, the whole town trips out
Decontamination is death

Bringing justice back to the streets by murdering all the police
Twelve shots fired, fourteen cops dead
Shoot me, kill me

Go to church, accepting god
Absorbing their religious fraud
Shunning those who disagree, what will it take for you to see

Collection plates always full, with hard earned cash of pawns and tools
Exposing them for who they are, the truth is even more bizarre
Men of god molesting kids, embracing what their god forbids
Turned to christ, because you’re weak
Thinking you’d find inner-peace

Emptiness when you confide, leaves you feeling dead inside
Disgusted by your former priest, you rat him out to the police
He cries in court and says a prayer before his sentence to the chair
Religion you once held so high, is not but a giant lie

Working for nothing, your new life awaits
If you can pay, you’ll get in

Sold into slavery, you were promised a better life
Your family waits at home, you struggle by yourself
Trapped in a foreign world, where do you get help?
Can’t trust the government, they just want to kick you out

We apologise that lyrics are currently unavailable for this track…

People steal money and people steal weed
But there’s a spineless breed of little shit that only steals ideas
Just a fucking leech, you always were

Armored virus, defeating detection
No one’s safe, there is no protection
How can you defend against what you can’t see?
Infecting all things in contact with me

Unknown origin, no known cure
Infecting what was once secure
Technology so advanced, it travelled through time
To infect all computers and kill all mankind

You see something on CNN or the internet
You think you’re in tune with the world but you don’t know jack shit
Your grasp on reality is abstract, believe all you hear as fact
Falling for their hype machine, worshipping your TV screen
Everybody’s doing it but I don’t fucking buy it
You and all your MySpace friends should get flushed down the toilet

Earth’s population doesn’t stand a chance
There’s nothing in this world that can survive the blast
A means once used to end a war, adapted to destroy the world

Government maintains denial of their growing arms stockpile
When they take preemptive action, killing us all in chain reaction
The massive retaliation, causing worldwide devastation
The only way to win is mutually assured destruction

You know where to find me, are you too scared?
I’ve got guns and they’re aiming for you
I came to fight, but you don’t got no balls
I know what you did and I want blood
As long as you’re out there, my mind’s consumed with violent thoughts

I have been preparing, knowing this day will come
Now I keep a knife with me and a loaded gun
Fuck you up, but I’ll make sure you survive
I want your bitch-ass friends to see what I have done

I knew that you were coming, but I got you first
You talked all that shit, don’t act like you don’t know
Was it all worth it, did you get what you want?
What else will it take to get you to fuck off?

I never thought I’d kill myself, I’m doing it so the rest can survive
Mass murder through suicide
Master of my own fate
Martyrdom derived from hate
I died so you can live

With a bomb tied to my chest, I approach the president
Chaos, as bombs explode, burning flesh and skin
Now your country’s leader’s dead, and the war is ours to win

Ten-acre drug field secret base inside
By the time the cops come I’ll be safe inside
Protection maze, set ablaze

They try to burn it down, I don’t give a fuck
After they inhale the fumes, they’ll be sitting ducks
They must have called for backup, I hear the chopper roar
I’ll shoot it down and then skip town, escaping towards the shore

Searching in my fortress, but I’m safely on a boat
The only thing I left behind’s a bomb set to explode

I knew that something was wrong, but I’m unable to place it
Subdued me, bound me up with rope and then stabbed my brain with an ice pick
I would never be the same with pieces cut off of my brain

Try to get help from the cops, but they used drugs to cloud my thoughts
They knew I could identify them, locked me in insane asylums
Futile psychosurgery, failed attempts to silence me
You should have killed me dead

Life isn’t a message board, why don’t you go outside
You are not shit without an avatar to hide behind
Always quick to speak your mind, but you got no one to talk to
Except your dumb-fuck online friends who never even met you
Sit behind computer screens
On the internet you own the scene

Lost all you fought for and now you are left here for dead
All life ends
Worldwide demise under blood red skies
Countries destroyed, no one wins this war