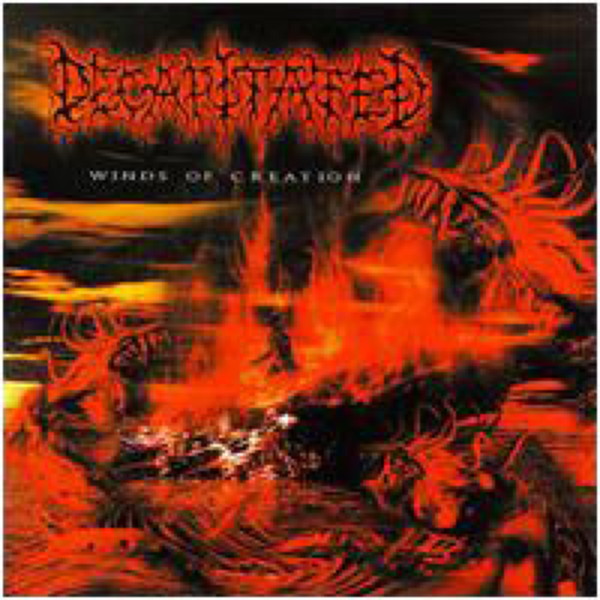 Forward on!
Just go on!
Directionless rush for close by before
Species specific-motion
No change for equilibrium, stop!

Fetid, persistent stench of the race
Rushes in every slot
Sticking all together into a mass
I hate you!
I hate us!
You know what I mean? Fuck off!

This world stigma cries out on your forehead
Anti-god prepares your own personal void
The only way to equilibrium
Kill yourself!
But…

It was night when they came
Evil and deceit were hidden under frocks
On their necks crosses, in their hands swords
They came to kill on behalf of their God

I in the abyss on the ruins of my dreams
My burnt world god treads on the cinders
Envy and revenge two sisters I am their brother
Is it my fault that I am a human being?

I won’t forget how the wind was blowing in your gardens
I was your knight, I was a traitor
I created to die, to fall into the abyss
My existence for you to have your flower

My wandering, your triumph
My cry for you to exist, my feelings, longing and rebellion
I suffer at the bottom, unnecessary for you
For the first time the question, why me?

The fire won’t flare up in my soul
Chained to my dreams forever
Unfulfilled, unreal but I last
And I’ll be a thorn in your eye forever

We apologise that these lyrics are currently available.

The body of god who died and rose from the dead
The eye of the body which will never be killed
First trinity above the earth taking care
And the god of the night, desert, and storm

Your stony cemeteries
Impossible to destroy, above time flowing
In the gloom of the night
In the light of the eye of Horus they last

Eternal truth, power of words and knowledge
The river of life, the land of the dead
Fathers of the moon, creators of clandestine books
And son of Su, cursed, powerful

Light, a flash in the eye of the truth
Darkness, a sea of eternal sin
We, the shadows without destination
Following the spark, the whisper of the unknown

Lying, dying, screaming in pain
Begging, pleading bullets drip like rain
Minds explode pain shears to your brain
Radical amputation this is insane
Fly swatter stakes drive through your chest
Spikes impale you as your forced off the crest
Soldier of misfortune