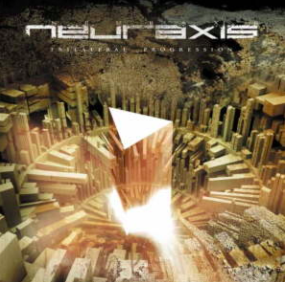 Wisdom is the apex of intellectual performances
The chief pursuit for a better understanding
The comprehensible elements of deity – truth, beauty, goodness

Absorbed in the study of the philosophy of cosmology
The alliance of contrasts, the drama of unification of the vastness
Hence materialism, atheism, is the maximation of ugliness
The meaningful rhythms of all human experience

Embrace the sense of ethics and morality
Experienced perfection, hunger
The recognition implies a mind of moral status, a mind with ability
The possession of greatness is the measure of real divine attainment

Actuality of the primal source incarnate amongst the souls
The true promise of eternal career imprisoned within the mortal mind
The general developmental stages of being designated as thought changers
Called thought adjusters, referred to as thought controllers
Disconnected with the stages of progress in mind duplication

Widespreadly known as the pilot
That lights every soul which comes into the world
The adjuster is eternity, man is personality
Will never know tranquility from the time of their bestowal
Until the day of their release to start upon the natural death of their subjects
Those who do not pass through the portals of natural death do not even experience this temporary rest

To represent, to be, the energy of the highest order of time and space
Fundamental works of the transfer
Elevating the mortal minds
Translating the souls up to the spiritual heights of achievement
Capacity and potential
Will wisdom have an opportunity to function?

So forth I am, so forth I dream
Frenzied and rushed unceasingly
Drawn by the wizard’s patterns
My mind is no longer my own

Above those hard-packed illusions
Bright with pictures, that shall kill the wise’s vigour
Is spoiled a great generation
Mankind has lost its mind, and therewith the arable ground, the vast field
The great which the scholars own

Cursed species – humans
Can you imagine?
What shall save you, once the intelligence
Will become speechless?
Locked into silence?

When you will remain a fabric’s device
Old majesty, deprived from her kingdom
Her memory will never carry on
There goes the orb of a system
One adorn with a sad Eden, and others tried to make it perfect

Centre of all things and beings
As a creator, as a controller
Lastly as an infinite upholder
Dawns upon mankind

Infinitely more than reality idealised
Merely a concept, potential of righteousness
Not a synonym for nature
Natural laws personified
A transcendent reality…

Concept of supreme values
Not a focalisation of spiritual meanings
Reasonable to logic, plausible to philosophy
Essential to beliefs, indispensable to any hope for survival

War is the heritage of evolving man

Peace is the yardstick measuring advancement
Reaction to irritations

Conciliation attends upon the solution

Ancient ones regarded it a virtue to shed alien blood
A strong medicine, very costly
Curative of certain disorders, breaks the society

Olden wars strengthened nations
Resulted in decimation of the inferiors

The conquests of science and social achievement
Discovering a leader

Afraid of somebody, afraid of something
Subtle cabal, so organised and interlocked
Denying with their lips what they do with their hands
Theistic elitists

Endlessly feared and murmured against, it found no opposition anywhere
Influence the ideals and behaviour of world core
Spoliate all existing culture by consent or conquest

Coercive segregation
Consensus for one polar power
The silence is deafening
Elitists, theistic

Increase your burden
Decrease the results by taking yourself too seriously

When you feel important, energy is lost
The work is primordial, the self is not

Self-glorification, ridiculous
Exalted ego, caricature
Even verging on the humorous, it is the divine antidote

Tear of dignity exhausted the feeble
Tempted to magnify a prank

The universal, the ultimate, the absolute

The wholehearted desire, in progressive conformity

By the body, by the mental, by the spirit
The logical devotion
Experience of the divine ideals

Zenith of power, highest point of glory
The alpha, the omega, the principle and the end
Geometric complex, cosmologic concept culminate
Like a pyramid ends in a point

Unfathomable distances, vastness revealed
Out of nothing comes nothing
Abstract equations
The statement of anthropic assumption
Theoretical prediction