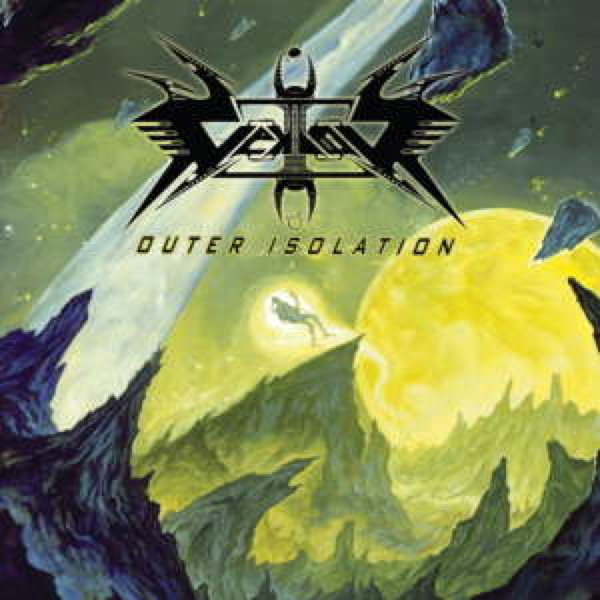 Immersed in a colossal squall
The endless storm grows and evolves
With purpose to accelerate
The progression of the human race
Your mind enters a dimension of thought
Wisping forms flow through it
Just like a moon pulling the tide
The blackened ebb of Zeitgeist
It takes control of all your senses
Tightening its hold, it breaks your defenses

It takes its fears and makes them your own
And you become its drone
You’re trapped between two hemispheres
Enveloped by the years
The brain cannot truly create
Only build upon its existing slate
So we expand our totality
A cranial, mass singularity
Taking control of all communications
Watch the cortex grow
It’s a mental infestation

Feel, sense, share
Breathe the looming atmosphere of hate, doubt, fear
Between the two hemispheres of
Self and mass, torn
To create within the same pulsing brain
That will claim to protect the cosmic cortex

All that has passed
All thoughts amassed
Speed through the curve
Too far, too fast
To resist is to be destroyed
Terror rises from the East
A neural web flowing like tidal debris
Versed, coerced, immersed
The master mind that shapes and turns this earth

Preconceptions, escape
Foul taste, spit up, too late
Disconnected madness
Persecuted genius
All your thoughts and actions
Based on others’ reactions
Echoless chamber of your mind
Unknown to the boundaries that are defined
Descending through the black…

I awoke to the splashing of footsteps
Deep underground
Before my eyes, dark stalagmites formed
From the dripping sound
Looking down into the dark we realise
We are our own makers
Turn and be blinded by
Your shadow’s creator
Shadows steal the colour from the world around
Echoes trace the silken web which we are bound
Many times I have sought the sculptor

The gasoline hits the streets, igniting greedy eyes
Marching blind through the heat
Collapsing sites of decay mark the end of time
A planetary grave

Slashing and burning, crushing and drilling
Extinction is coming, the oil keeps spilling
Business as usual while toxins are killing
Destroying the land that our waste keeps on filling

Scenes of despair rising up through the noxious air
Cities abandoned, left to decay
A world forgotten, pushed aside, left in disarray
The crunch of steel splitting rocks releases bloody soil

Slashing and burning, crushing and drilling
Extinction is coming, the oil keeps spilling
Business as usual while toxins are killing
Destroying the land that our waste keeps on filling

Scenes of despair rising up through the noxious air
Cities abandoned, left to decay
A world forgotten, as we live only to rot away

Plastic lifestyle, surgical disaster
Sculpting the Earth
Out of control, it starts moving faster
A self destructive way of life
We continue forth with the end in sight

It’s a long way to reality from the mind’s extremities
Deep in the core of the subconscious realm lies a shrouded being, cowering
Suspended entity in darkness
Encapsulated in a crystalline state
A soft glowing green in black
Amebic dark, invading

One side is lost
While the other is gained
Will the two ever be one in the same?
Suspended entity in darkness
Encapsulated in a crystalline state
A soft glowing green in black
Amebic dark, invading

All I see are dark clouds over a sunny day
The colourful picture of life solidifies and strips away
Tetrastructural minds
What once was liquid is frozen in time
A cold cubic cell traps all hope deep inside
Amebic dark, invading

Small jobs for big egos who let greed corrupt their lives
They knew their future was coming, but illusions diverted their eyes
Global dissonance, a scalding air of silence
Geographic reverberations of apathetic violence

Only the truth will survive

There’s no life in your false creator

Believers of the lie refuse to see the gain
With their eyes
Slaves lying motionless in broken, bloody chains
It’s their own demise

There’s no truth at all in dark creations

Alterating their thoughts, contaminated perception
Individuality’s lost in a state of mental digression
Too involved to realise
Too stubborn to admit
So quickly we accept
Fall in line, and forget
Unable to escape a structure without form
I can’t deny my own urge

Into it we are born
Magnetic beacons pulsing down concrete halls
Unknown soldiers march without knowing their cause
The effect is a growing emptiness
Boring out the mind into a hollowed pit
Dependency on sedation is becoming an addiction
Like plays feeding the brain, it fills the hole
A vortexial cauldron of a shadowed soul
I-beams fly by as I fall deep into the constructs
Surrounded by acceleration, there is no escape

Proceed directly through the grey
This will help with efficiency
Perform your function, follow and obey
While this machine operates on your brain
It controls you while your mind is distracted
Dulling your senses while performing personality extraction
‘Til all that’s left is a sponge for sounds and sights
Routine overkill, hyper socialities

Auto-pilot takes control
Static on the visual
Flung from the world I know
The dimensions of destiny are unfolding
Looking back, a world that’s not so kind…

Worlds apart, we stare through empty voids of darkness through which light is carried
Far from their skies
Beyond their eyes
Cut all my ties
Trapped in my mind
Cryptic journey
Unknown destination
Beyond the edge
Outer isolation

I plummet through a cosmic rift
The foundation of time collapses
Beginnings of a mind adrift
There’s no turning back
Is this the end or the beginning of my life?

Worlds apart, we stare through empty voids of darkness through which light is carried
Standing on the horizon of the universe
I break through the uncharted skies
Destructive forces are trailing me out
But a great wake is forming in front of my bow