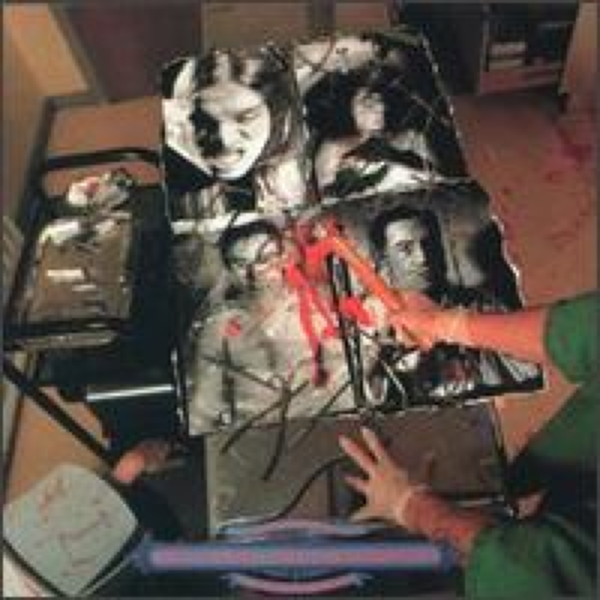 ”A body is committed to a public mortuary. Any victim of sudden or
unexpected death will be brought here for a post-mortem by a pathologist;
their job is to establish the cause of death. But sometimes a body is
unrecognisable. Then it is vital, especially if murder is suspected, to
establish identity…”

Bio-organic ebullition, bones tar, tallow dehydrates
For my deleterious horticulture so that I may cultivate

Charred sinew’s as good as lime, no phosphates do I need
Deteriorated flesh used as top-soil, to replenish and nourish seed
Spreading this human potash, as ash matured
Recycling my rich harvest, bring out your dead for use as manure

Irrigating tears are shed, but the ground still must be fed

Exequiet rites now performed, a coronach sooting up the flu
Enter my execrable inferno, even in the after-life there’s work to do

Burnt brisket renews the ground, to germinate my seed
Cremated bodies are my spoil, to use them as plant-feed
Ploughing this abhorrent human manure
Seeding my rich harvest, bring out your dead for the soils to devour

Dry the dead are bled, because the ground must be fed
And there’s still no rest for the dead

I propagate, dust in the grate
Ashes to ashes, dust to dust
Diluted in water and sprayed on crops
Charcoal, fats, flesh and soot fertilising pasture with active fertile rot

Ashes to ashes, dust to dust renewing the land with corpses corrupt
Mortuary scrapings, hearses a must
To the hot hearth the deceased are trussed

Harvesting the defouled, to fertilize my soil
Rejuvenating the spent with my fecundate spoils

Reaping the gone, to nourish the land
Replenishing exhausted pasture with my uncanny sleight of hand
Restoring the unnatural balance, sowing my seed
Defalcating the departed, I rapt and glean

So I recite my contrite lament, lacrimation for the dead
Their rest which I disturb
Where should stand row upon row of cold grey remembrance stones
My cash crops now grow

”Identifying the bodies which are decomposed, dismembered, skeletonised pose very serious problems. We’ve had many cases in this department where a body has been found in pieces, or decomposed, and we’ve been able to put things together. Yes, the head, the upper part of the body, in a very badly decomposed state…”

Scattered and scrambled, your teasement grows
A bloody caricature to make whole
A squirming grisly jigsaw, detrital fragments fit so snug
That missing piece will leave you stumped
Totally desassembled, nicely sliced and diced
A cold mannequin once resembled
Real cranium teaser, carved from flesh and bone
So mystifying

Battered and diffused, with placating blows
A human jigsaw to make whole
A sequacious pattern which once fitted so snug
Joining together each dubious lump
Ravaged disassembly, neatly cubed and diced
A cold mannequin reassembled
Astute brain teaser, incorporate flesh and bone
So mortifying

Bi-manual reconstruction, eldritch problem complete
A convented effigy
A pathological toy, each chunk rigorously
Inter mortis locking, as you pathogenically rot
Such a perplexing task
To fit the remains in the casket
Uliginous mess so quiescent

”That’s why I find it so amusing that the latter-day saints of our business… one, attribute to me motives that just weren’t there, and two, accuse me of corrupting morality, which I wish I had the power to do. Prepare to die.”

An encloaking, dark epoch
In which all life is now appraised
Another valueless commodity
On which the paracious may feebly graze
Indebted homage to their mammon
Whilst the mort is the music of the meek
Transcendence from a beatifully brutal reality
Is what I seek

Noxious, sully dolour
Is not the sentiment upon which we feed
But precocious consciousness
Draws out a morbid nous to bleed
Chiselling out seething words
Which cut deep down to the bone
Always legible
So be it on our own headstone

Noxious, sully dolour
Is not the thesis which is bled
A precarious train of thought
In which mental cattle-trucks are led
Carving out skilful words
Which shear brittle bones
Always spelt out well
We just can’t leave the dead alone

Munificant bale
From the deviants staid

”Oh my God! What are these? You can hear people puking… They’re dog meat!”

Rheological, twisted nursery chymes
The fluxing of the defleshed
Paedophilosophical, carnage knowledge
As the illegitimeat to the domesticated is fed

So as you breed
They will bleed

Despumation the midden, the desipient I segment
Pertaining vitality, their dispatch I cement
Served out for minion in their feeding trough

”If visible identification is not possible, the pathologist may be able to take fingerprints from the body until decay sets in… Things become more complicated.”

A truculent shambles so severe

Comminuted remains
As gum to dry
A lissom gel so glazed

‘Human remains in a beaker and tray and coffee pot. Bones which were being partly macerated, dissolved, in a margarine container which had engine coolant in it. It smelled very awful.”

Striking up my discordant underture
A carnal cacophony perversely penned
Transposed and decomposed
On strings fashioned from human twine
Lovingly wound and fretted upon my bow
Garishly incarcerated, the dead resonate
In a final death-throe

Vibrant as I thresh
Movements scripted for the dead

Orchestral horrors I vehemently conduct
My corpus concertos cordial
Disinterred and detuned
With six feet below
In harmony with the deceased
My inspiration, your disintegration
For my latest masterpiece

My scope creeps your flesh
Notes seep from sinewy frets

My sorbid, soiled handicrafts
Will be your afterlife’s handicap

With deadly dynamics
You’re dead, buried and barred
Your remains dampened and fingered
Your mortal coil is barbed
The death-bells are peeling
Ringing out as you flake
Shrieking out their recitals
A celebration of your wake

Artificially concussed, excavating to your gastric core
Patulous, deep wounds, cascading and crimson as I explore
Master at my bloody art, I like to carve sculpture and maim
Mounted on the freezer’s geurney, you’re exhibited until you enter into decay

Welcome to my theatre, the stage upon which I act
Turning into a sumptuous perfomance, heiniously I hew and gash
Churning out a deep gulch, the incision a major nick
A quick toke of nitrous oxide is how I get my kicks

Expurgating healthy tissue, opulent flesh I slit
Costate cuts expunged as the patient I now fillet
Malpractising and mussing, carnage hyperventilates
Self placebonic, the only is operate

The recumbent are my prey under my genital blade,
Your precordium I brutally plunder whilst you’re put under

Contaminating, infacting, how I love to cough and sneeze
On the carneous culture, to cause bacteria to breed
Anaesthetised, paralysed, a clinical stupor is induced
With callous dexterity your bodily mass is reduced

Wheeled away after a medical mishap
In a polythene bag your body is now wrapped
The acute wound now sealed up
The picture of ill-health, you’re a bit cut up