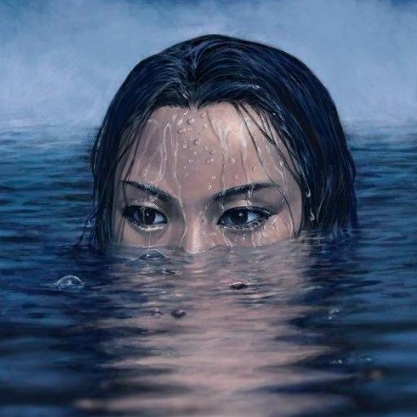 Banish the emotions
Desperate thoughts collide
Dull eyes writhing to explode
Collapsed in a blaze, a horrified reality unfolds
Caressing chaos, you can’t destroy yourself
As the burning sound of your loved ones in an endless void fade away

Promising everything
Delivers fucking nothing

Caressing chaos, you can’t destroy yourself
As the burning sound of your loved ones in an endless void

Anxiety!
Surrounds me!
My fucking depressing death!
My broken maze

You came for us at birth with pills in hand
Lying through your teeth, you don’t have to pretend
No remorse, no repent, you don’t care what it meant
A system shark, hard to circumvent

Validity? Or sanity?
What’s wrong with me?

Hostage of my own mind, I try to break
Only to fall and fail, threatened by the blade

4. When Talking Fails, It's Time For Violence!

Disorientated by the waves of human rights
Permanent daze of empowerment

Bulldozing through for entitlement
Wounded truths are left behind

You piece of shit!
Unrecognizable

Loss of vitality
Collapse of health, you did everything
Somehow it remains deteriorating
Anguish sets in your darkest void
Trying to understand
Woke up imploding with fucking hate

Destroying everything, transcending hate
In your eyes the world is painted red

Transcending hate
Loss of vitality,
Collapse of health, you did everything
Somehow it remains deteriorating
Anguish sets in your darkest void

Shrouded in ocean mist
With scars on shoulders, hands fused to the mast
They cried
Then they smiled
When they see themselves under the pale moonlight

Longing for the axis to swallow me whole

I am the seizures machine

If you see the ecstasy
Straight through my eyes
You’d keep them shut and stay the fuck away from me
There’s nothing you can say
That’ll make me stop
This energy boils inside of me, sparks heinous blasphemy
A system shock

Why can’t I feel anymore?

Even if you scream my name
Your useless life will cease to exist
A knife in the fucking back
The look in your eyes, you are already dead
Tightening the grip around her neck

Your innocent pupils, dilating as your life fades away
In the harsh light of reality
Your voiceless choir began weeping

BLAZE! AWAY!
Your body burns like effigy
For all to see
Just unsuspected
FOUL PLAY! NO WAY!
You’re seeing what you wish to see
Bitter memories
Throw your mind in complete
DISARRAY!
Look at it this way
Won’t have a chance to fuck things up
If you even try
ANOTHER DEATH! DECAY!
Your time is up
Let me see you off
Now to your extended holiday

Caught in a shadow of doubt and paranoia

Darker days ahead
Rabid panic spreads like a plague
Remnants of minds once thoughtful
Remnants of lives, abused

Remnants of hope once realized

Flooding on orchestration of immaculate torture
Delivered from sin, all has lost its meaning
Making remnants and memory forgotten forever

Barbaric acts obtained from the blood of others
Execration

I have nowhere to run, I’m in disbelief
Trapped in self-oblivion
Encaged, crumbling
Catastrophic hate

Fuck your generation
Deserving condemnation
Empty prayers all around
It’s time to die, you ungrateful piece of shit

Fading reminder, the world will never seem to fucking get it
Humanity will never change, entrapped in endless degenerate

Fuck your generation
Deserving condemnation
Empty prayers all around
It’s time to die, you ungrateful piece of shit

Please look at me
Please follow me around
I beg of you
Stop ignoring me
Don’t leave me be
Feed me, I’ll form the decipher
No hesitation

Control! my emotions!
I am! nothing!
Nothing!
Deadening cries of lost conformity

Surrounded by the ones you loved
Reaching out in desperation

Escaping death regaining conscious rage for genocide
Retaliating through the pain, eradication? You decide
Shattered and battered, weakness starts to form
Broken, defeated, they wipe your fucking face in disgust

The day when I leave this world is when you shall seek
After all that I’ve done for you, please forgive my sins
All the precious bonding between a father and a son
Nothing but a mere glimpse of embedded memories
I’ve left you, I’ve found you, I’ve abandoned you again

Withered, drowned in regret
I’ll watch over you, after the amber sun’s set
And dream of times… we’ve never had

I think the air’s not safe to breathe anymore
Look in the mirror, spit on my image
As the very sight of myself burns me straight to the core
Loathing replaces negative spaces from before
Glass shards glitter on the bathroom floor

A parasite in human disguise
An abomination never been reprised