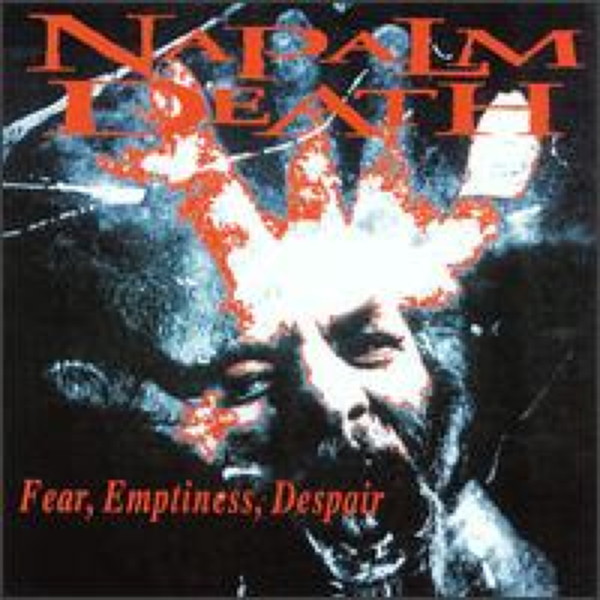 Gut level, below it all
Out of duty – just here

Rest assured but not assured, all is well
But I think we’ve dealt with the fear for far too long

Unborn suffer the norm
Born to this – I think not!
I stand against ’til the shit drops

We see all but do nothing, in the hole of how it is

Downwards, downwards
Life’s spiralling descent
All love is lost
Premature and unreasoning
Perversely chained without any values
Wretched, degraded
Take it all on the chin
To forever hold my piece…

No place
My number’s up
Still not good enough

Sequestered, should I bow my head?
Unlucky?
Not to be a part

Scale the inferno, take it all in
Am I right or wrong, or just confused?
Glamorised, dare I say it?
Fantasised, but through whose eyes?
Not theirs, that’s for sure!

Rebuff beliefs that we’ve lost
A plague rages in all our hearts
Am I the last in line?
To stop and turn, and pretend that we’re really changing
I’d sooner die!

5. More Than Meets The Eye

Thought process is geared to caution to the wind
We shuffle along discriminately, the danger signs ignored

Man goads woman, child strikes infant
Turned against each other of those who think it righteous
To liberate the wiser or those who punch hardest
For the land of competition
There’s more than meets the eye

Who wrote the law that opposites attract?
Who could be so naive?
Everyone trusts no-one

Looking out for number one
Ours is a primed time

Bonding?
Do you think I want the upper hand?
Broken contracts
We sow infertile seeds and reparation pales

To transgress out, out of a savage state of mind

Territory under rule
But from whom?
Do we choose the right to not choose to be fools?

To grasp greedily, a freedom from pride
A binding force, a source of strength

Territory under rule
But from whom?
Do we choose the right to not choose to be fools?

To be content to lose
An act of saving, of deliverance for a while
For the knowing smile of I told you so

Fear and its penalties, to utter such cries
I think the choice is there to under-rule

Lest we forget scorched earth policies of megaton and hydrogen
And taut muscle of an armory that flexes
To show the world we mean business!

It’s all smiles and handshakes
But who moves to disarm?

It’s all smiles and handshakes
But who moves to disarm?

Radium, uranium – one more isotope to add the collection
The age of outrage has been reasoned into submission
And cries for peace are no longer in fashion
I wonder if we’ll see the point through cataracted eyes
Or draw breath from irradiated lungs
And sigh as we exit and die

9. Retching On The Dirt

I’m retching on the dirt, it’s earthiness coating my throat
I’m wincing on the bitterest pill
I refuse to swallow
I’m offered the warmth of a velvet glove, an iron fist to some

Selective perfection will cut their own throats!

I’m constantly forcing the point
But we’re all retching on dirt
And we’ll choke if we don’t spit it out!

So long we shared friendship, I thought but misguided

Finally you came then
What I knew you were all along

Spineless, you pretend to be what you’re not to me
And all around me

Two-faced and so self-centred

You abuse, and for what do we get in return?

After all, you’ve proved yourself
So many things maliciously absurd

I’ve slipped the noose, the shackles are off
My maturity fixation outshines

I am the man that used to care
Who was I then?

Out with the old, in with the new regime
I sold my soul to the rebotised dream

I’m just an empty shell with integrity scooped out
A painted smile, a glass eye high on two that can’t cry

Touch me, I’m cold to the merits of real love
I stepped back from the edge when another slipped off

And all because society told me to